Coin Hub News
Home Ripple XRP Price Forecast: Ripple could be on the verge of a breakout...

After losing more than 60% of its value in December 2020, XRP has been trading sideways without much action throughout 2021. The SEC has sued Ripple alleging that it conducted illegal sales of XRP which they consider a security. As long as the SEC doesn’t call a final decision, XRP price could remain trading sideways.

XRP price might have some hope of a breakout

Although most of the recent price action for XRP has been flat, on the daily chart, the TD Sequential indicator has presented a red ‘8’ candlestick which is usually followed by a buy signal.

On the 4-hour chart, XRP has established a symmetrical triangle pattern which is on the verge of breaking out. If the daily buy signal gets confirmed, the likelihood of XRP price cracking the resistance level at $0.285 increases. 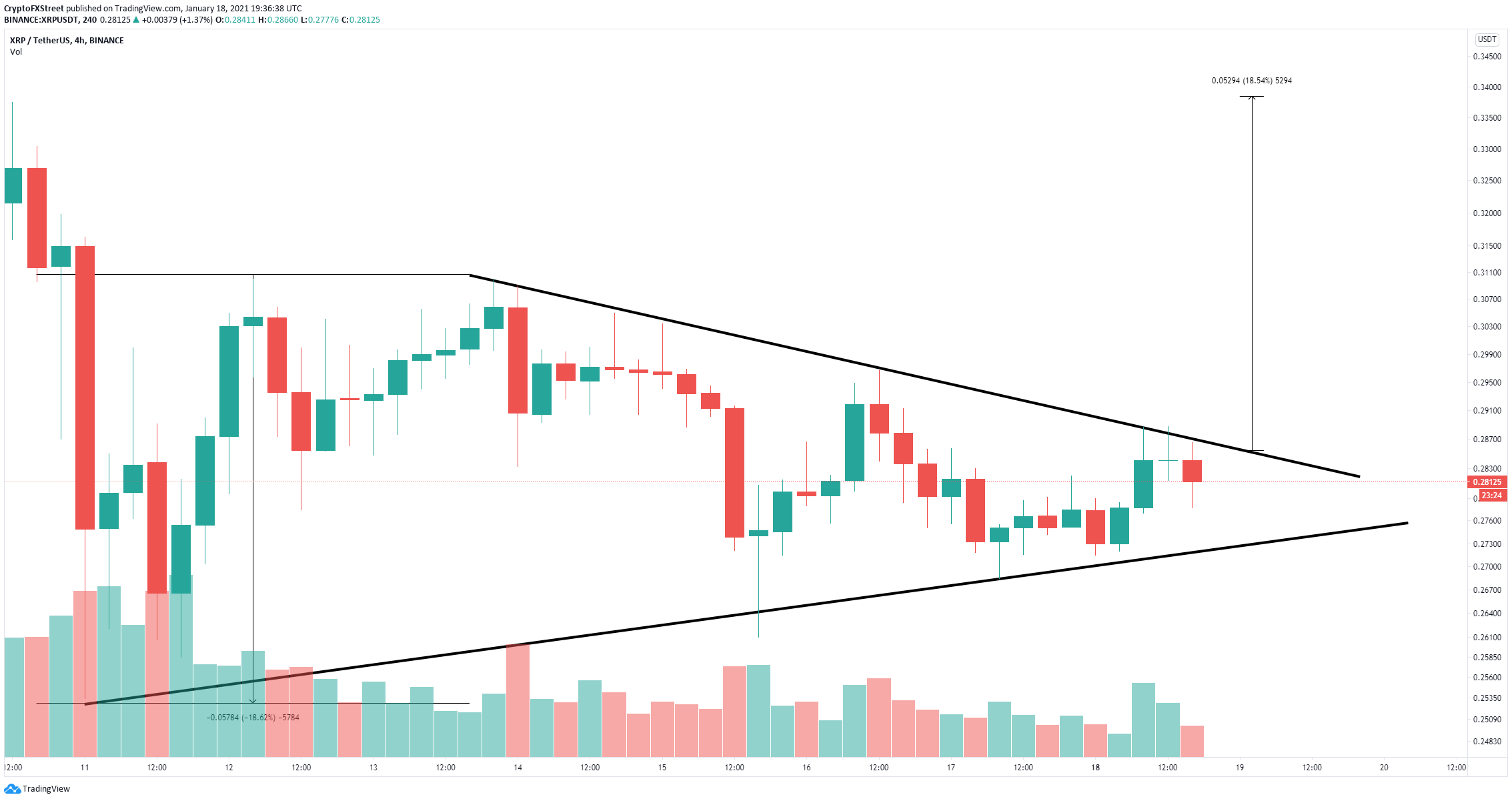 A breakout above this crucial resistance level could quickly push XRP price towards $0.34 but even as high as $0.40 in the longer-term as there is not a lot of resistance on the way up.

Unfortunately, in the past two weeks, the number of whales holding at least 10,000,000 XRP coins has decreased by 10 which indicates large holders are getting rid of XRP. Losing the $0.27 support level would send XRP price down by 18%.

Get the 5 most predictable currency pairs