On January 30, Ripple price had a massive breakout jumping by 155% and quickly plummeted down to $0.36 in less than 10 hours. The pump was caused by a Reddit group named WallStreetBets which also caused a massive short squeeze on the stock of Gamestop.

Ripple price at risk of another significant sell-off

On the 9-hour chart, the TD Sequential indicator has presented a sell signal and it’s on the brink of doing the same on a shorter timeframe on the 2-hour chart. Validation of this call can drive Ripple price down to the 100-SMA at $0.40 on the 9-hour chart.

The most concerning bearish sign for XRP in the long-term is the significant decrease in the number of whales holding at least 10,000,000 coins. On December 25, 2020, this number was hovering all-time highs at 356 but quickly plummeted down to 300 currently.

On the other hand, XRP bulls have just defended a crucial support trendline on the 4-hour chart and aim for a rebound towards $0.54 which is the upper boundary of an ascending wedge pattern. 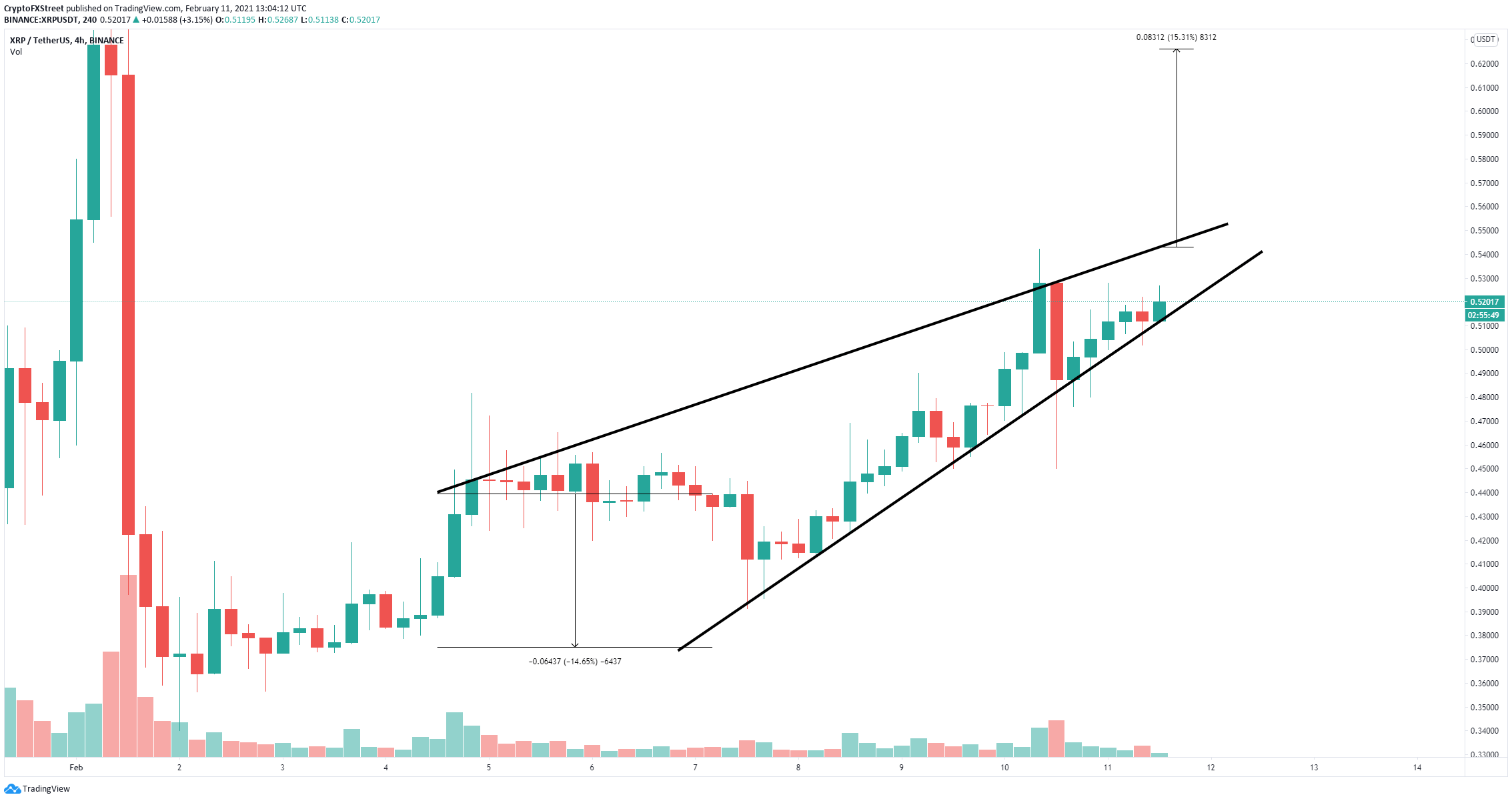 The breakout of the key resistance level at $0.544 can drive XRP price towards a high of $0.62. This 15% move is calculated by using the maximum height of the ascending wedge pattern.

A Russia-Ukraine War Could Ripple Across Africa and Asia

Omicron: A wave of infection ripples through the economy