Bitcoin price may have survived the first test at the head-and-shoulders neckline, but the resulting doji candle speaks to indecision. Ethereum price once again shakes off the broader weakness in the cryptocurrency market, eager to continue the seven-week rally. Ripple price strikes support at the 50-day simple moving average (SMA).

Dogecoin price has seen a massive surge after Elon Musk’s recent tweet revealed that he is working with the developers of the meme coin to improve its transaction efficiency. With DOGE approaching a critical point in its uptrend, more gains stand to be realized if buyers push through. 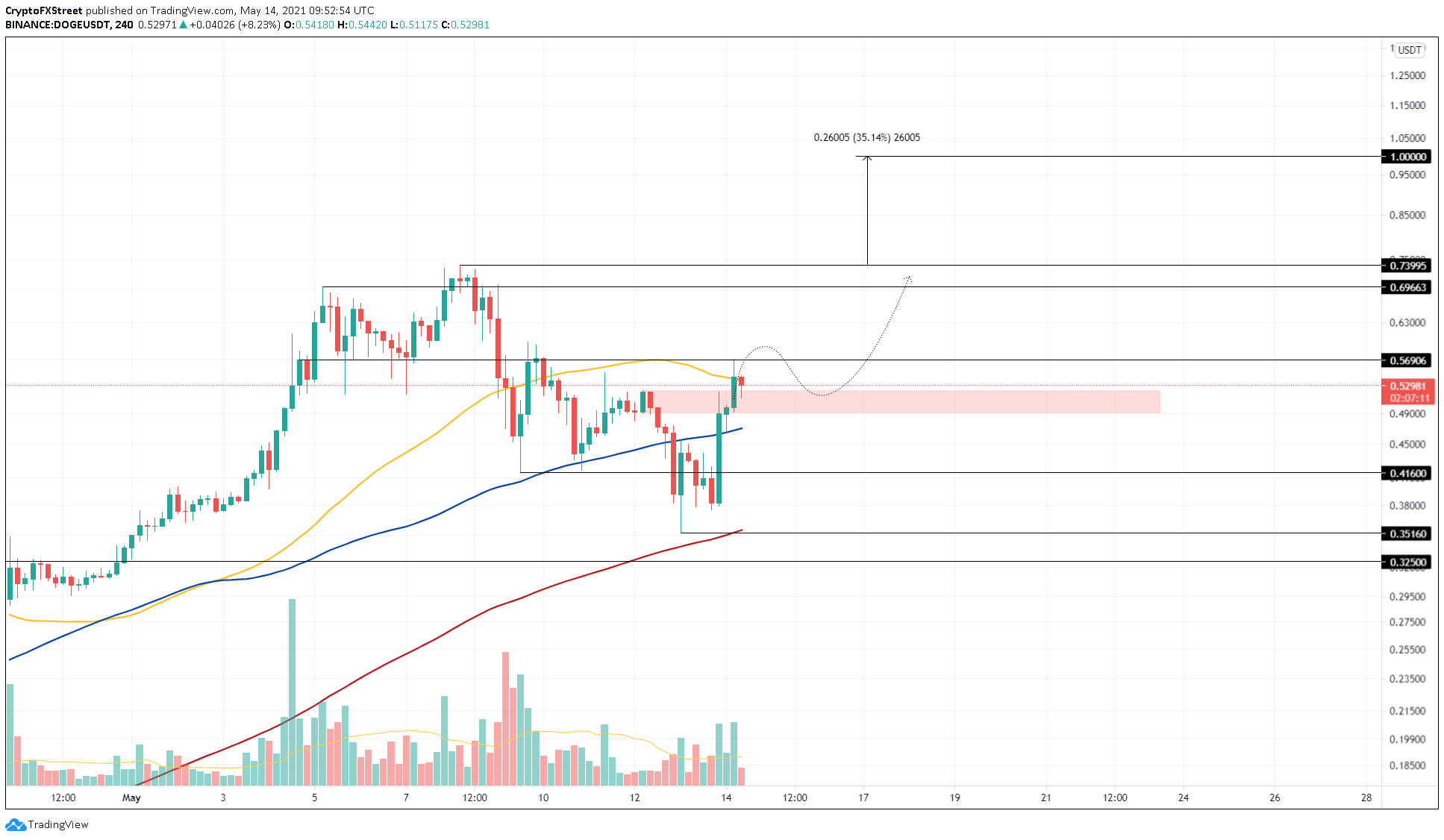 Elliott Waves on BTC/USD hint at a bearish structure: Watch this level

Bitcoin has had another dip recently, losing yet more ground against bears. However, bulls keep prices firm above the March low at $43145, at least. Should prices decline towards the said levels, the probabilities of an impulse to the downside will increase. And there is two way this impulse could unroll, based on how the structure from the support mentioned above is seen.

Ripple Price Analysis: XRP Recovers 30% in 48 Hours, Here Are The Next Targets

In Indonesian banking, rise in religious conservatism ripples across sector