The goal is to provide a unified voice for the Virtual Asset Service Provider (VASP) industry and continue an open dialogue with the Financial Action Task Force (FATF) regarding a new set of recommendations for the global regulation of virtual-asset transactions.

Japan has emerged as a robust sector of blockchain technology as regulators have enacted better-defined rules. Additionally, Japan appears poised to move forward with digital assets that are securities

The JVCEA is the self-regulatory organization certified by the Financial Services Agency of Japan to conduct self-regulatory activities such as inspecting and monitoring the business activities of VASPs in accordance with its own regulations, to ensure consumer protection and safe trading environments for virtual assets.

“As virtual assets are being consistently adopted, exploring a widely accepted framework of cross-border virtual-assets transfer is significantly important for the virtual assets industry,” said the Chairman of JVCEA, Taizen Okuyama. “I believe it is meaningful for JVCEA to participate in the global round table that is IDAXA, and strongly hope that this approach will facilitate the sound development of the virtual-asset industry.” 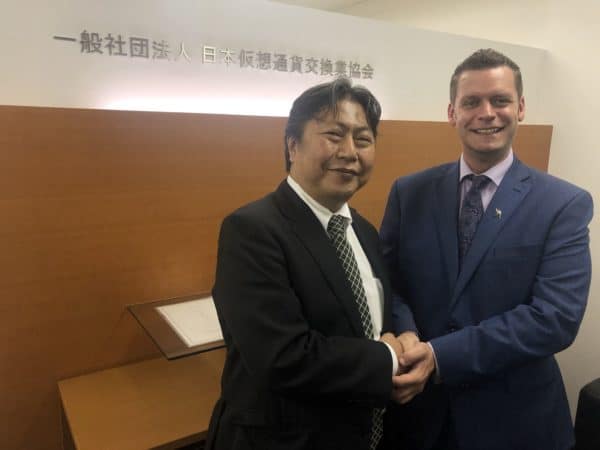 Japan granted its cryptocurrency industry the authority to self-regulate in October 2018. It is the only country in the world to achieve this legislative status.

“Japan is a recognised world leader in the proactive development and responsible, widespread adoption of self-regulatory practices for VASPs,”  commented Tucker. “Japan’s contributions based on their experience and leadership will be invaluable in supporting regulatory bodies around the globe. IDAXA is delighted to be able to continue to work closely with our Japanese partners.”

IDAXA was established during the V20 Summit held in Japan earlier this year.

Ethereum is Way Ahead of EOS and TRON Study Finds, And Price Will Likely Reflect It

XRP-Based Exchange Forced To Close But Nobody Noticed