– Is the next ‘altcoin season’ just around the corner? 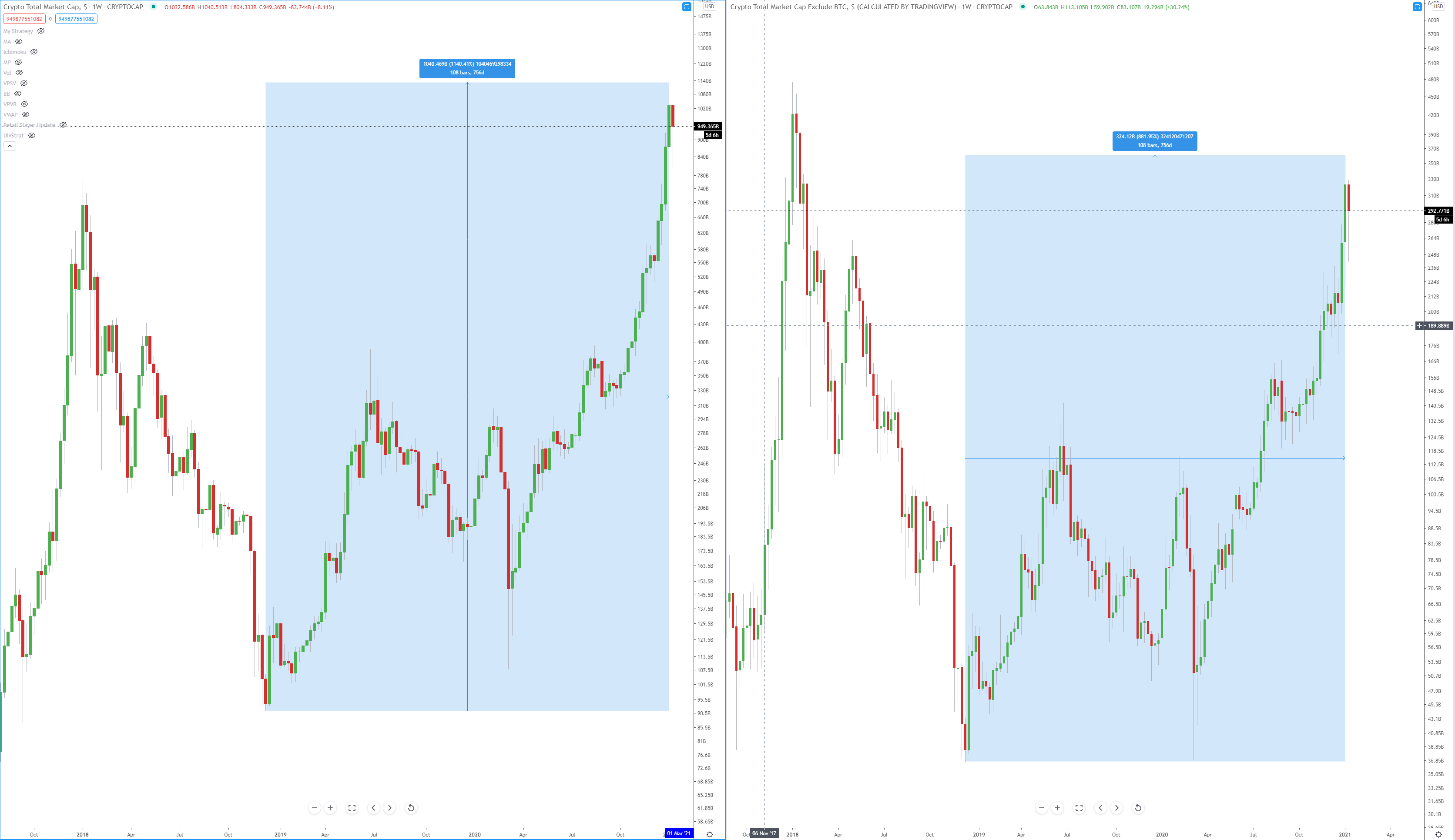 Above: Cryptocurrency performance from December 2018 lows. 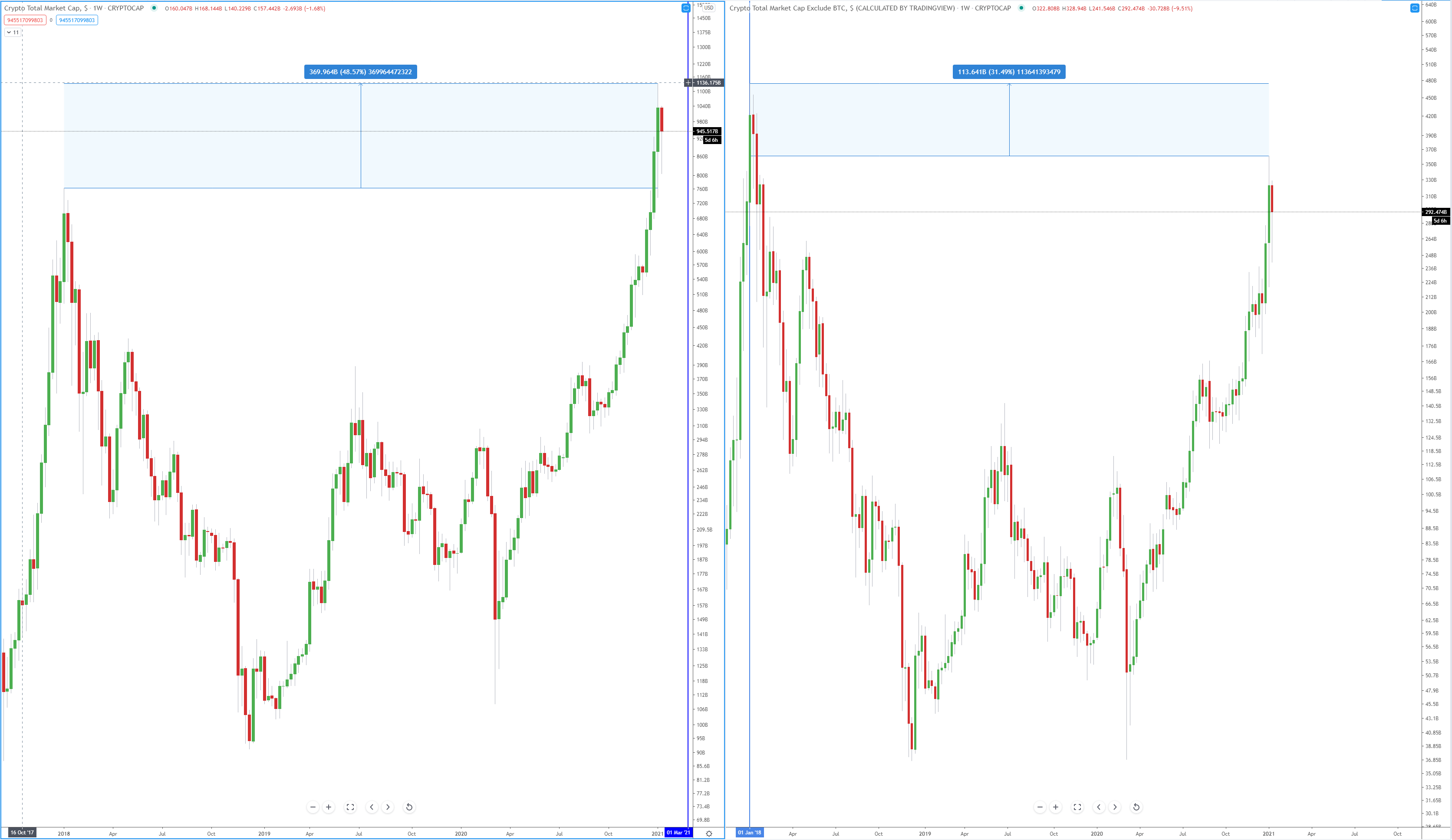 Above: Distance from prior major highs.

The next image above shows the gain the Total Market Cap (left) has made from the prior all-time high in December 2017: +48.57% while the Altcoin market needs to gain another +31.49% from its most recent high to match its prior all-time high. The biggest divergence in the performance of the two markets is underperformance of the altcoin market. To get a better view of this situation, we need to take a look at Bitcoin itself. 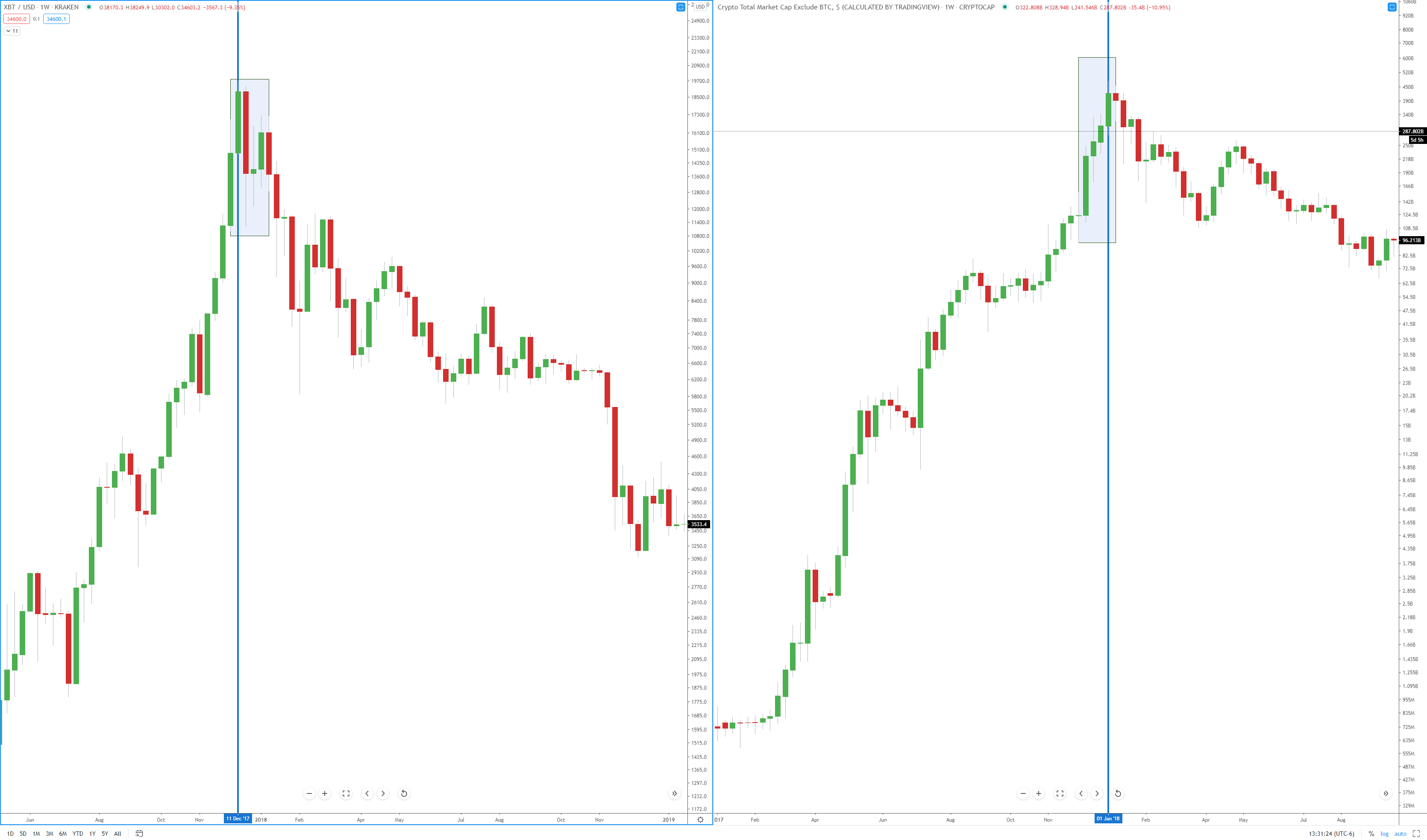 I’ve switched the chart on the left to Bitcoin’s chart. The blue horizontal line on Bitcoin’s chart is on the week of December 11th, 2017. The blue horizontal line on the Altcoin chart is on the week of January 1st, 2018. Between the week of December 11th, 2017 and January 1st, 2018 the altcoin market experienced its major rally over, roughly, a one-month period. But with the exception of that time frame, Bitcoin and the altcoin market do eventually find an equilibrium. And that bring us to where we are now. 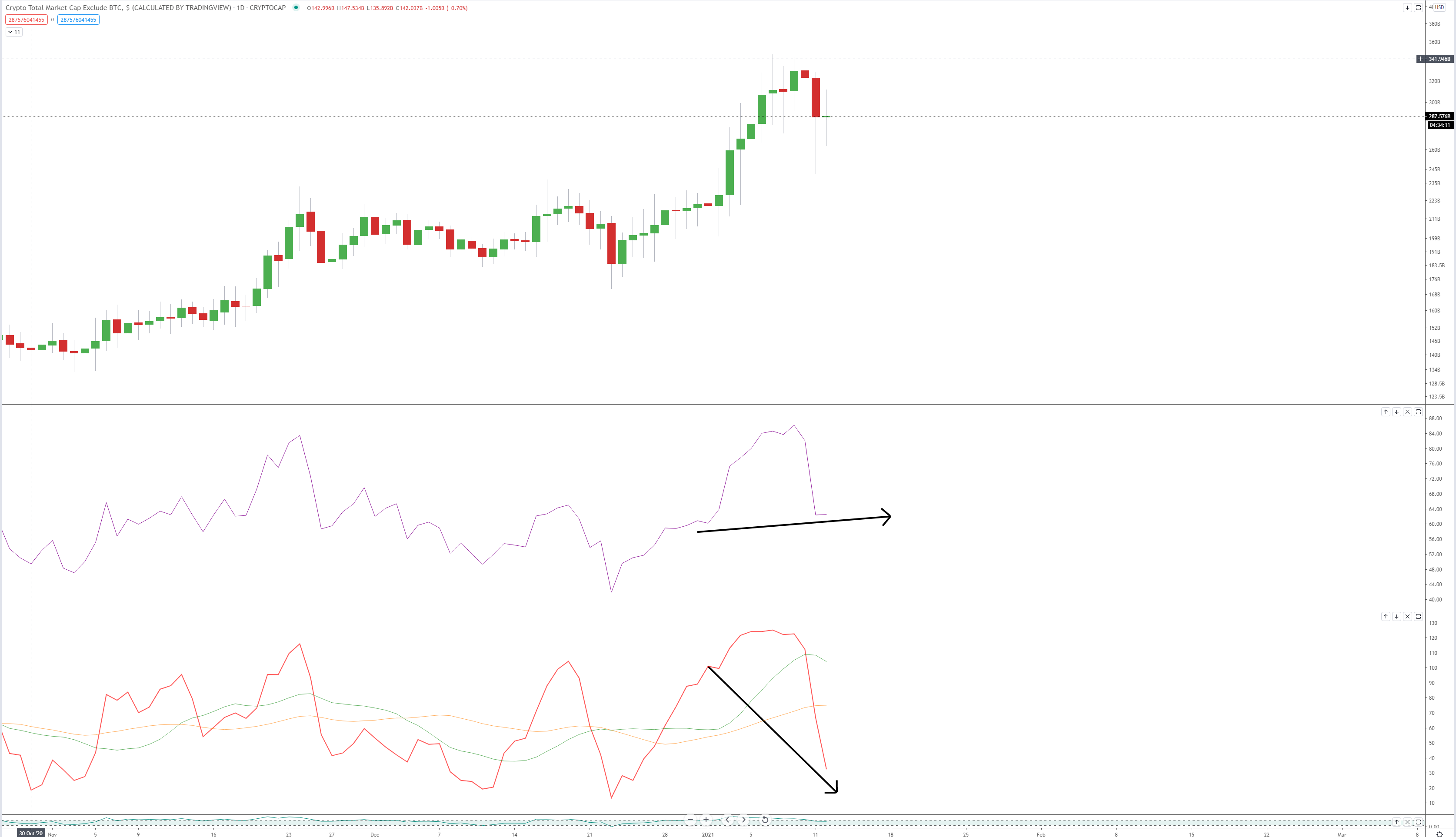 The image above is the daily chart of the altcoin market. Observe the Relative Strength Index (RSI) (purple) against the Composite Index (red). The condition that exists between these two oscillators is a divergence known as hidden bullish divergence. Hidden divergence occurs when the RSI creates flat or higher lows while the CI creates lower low. The drop on the CI is dramatic and well outside the bounds of a relative move on the price chart. Further, the current level of the CI is right on a strong historical support level indicating a likely bounce and resumption of higher prices in the altcoin market. This would effect all the major altcoins such as Ethereum (ETH), Cardano (ADA), Chainlink (LINK), Litecoin( LTC) and others.

BTC Price: Is This the Top? – Technical Analysis – Altcoin Buzz