After hitting a weekly high of $11,675 on March 5, Bitcoin started dropping, losing almost 27 percent to today’s lows. To compare with yesterday’s downturn of 4-6 percent losses across top cryptocurrencies, today losses among top-10 altcoins on CoinMarketCap reached up to 16 percent.

Total market capitalization for all cryptocurrencies hit a monthly low of $344 bln today, currently at $358 bln. 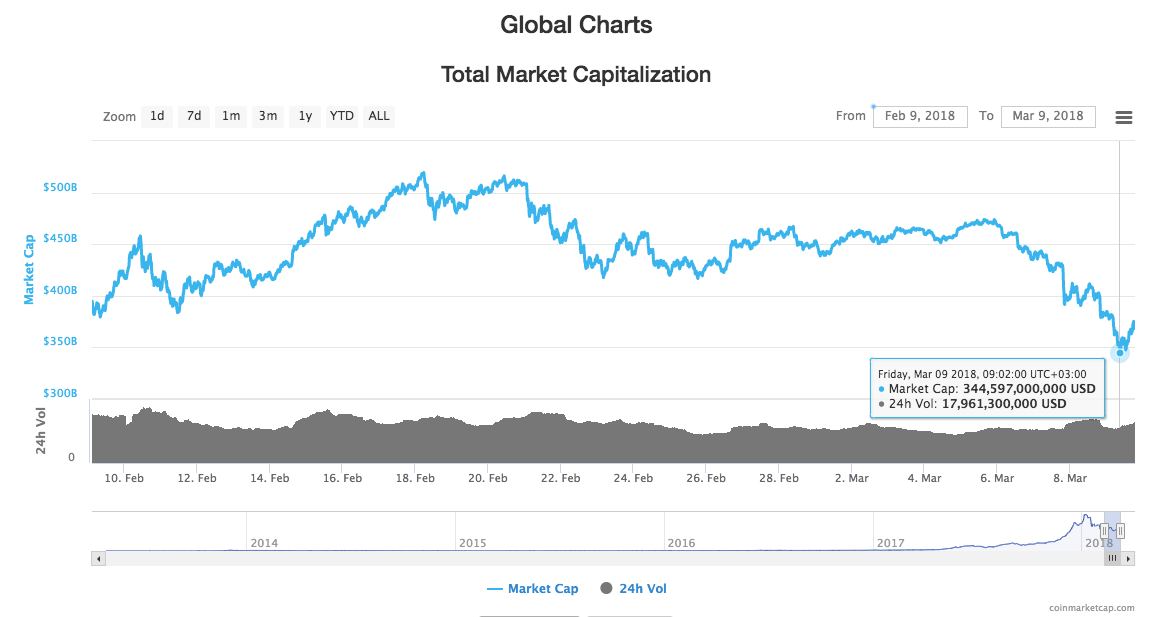 Among the top ten altcoins in the red, NEO has lost about 34 percent of its value in one week. Worth around $130 on March 2, NEO is currently trading at around $86.

Ethereum (ETH) also hit a monthly low today, dipping below $700 for the first time since Feb. 6. The top altcoin is trading at $686, down about 6 percent to press time.

The market downturn is likely in part caused by the March 7 statement from the US Securities and Exchange Commission (SEC) that all cryptocurrency exchanges trading securities are  required to register with the commission.

Pressure on the cryptocurrency market was also increased by the ‘Punishment Notices’ for 7 cryptocurrency exchanges issued by the Japanese Financial Services Agency (FSA) on March 8.

As Cointelegraph reported on March 8, multiple reports concluded that the current cryptocurrency downturn since late December is a result of a $400 mln sell-off between December and February by the attorney and bankruptcy trustee of Mt.Gox, formerly the largest Bitcoin exchange in the world, before it went bankrupt in 2014, following a major hack.