Since late October, the ETH price has dropped from $190 to the present level of the $137 area. The price of the second major digital currency has been dropping along with other altcoins in the market, following BTC sliding down.

Now, it seems that the Ethereum price may start rising soon.

A major crypto analyst and trader @BTC_JackSparrow suggests that the ETH correction that has been going on for over 800 days is about to end. High chances, he hints, for Ethereum price to start an upward movement.

Am I a delusional $ETH bull?

I’m seeing a 800+ day correction coming to an end pic.twitter.com/OAWL15aYGO

The trader also states that at the moment, the ETH price is 26 percent up from the bottom reached on September 6. Meanwhile, BTC, he says, has lost 35 percent against USD since then, meaning that if ETH goes up it does not have to be the same for BTC.

BTCUSD is down 35% since then

Recently, a core Ethereum developer known on Twitter as @antiprosynth tweeted that ETH had broken the downtrend both on the ETH/USD and the ETH/BTC charts and is now retesting the trend line. 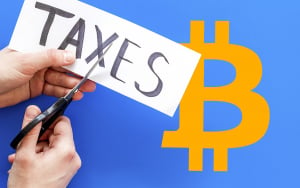 A ‘crypto strategist’ @crypto_noble, however, suggests an opposite point of view, considering that the second largest coin by market cap is likely to continue dropping.

He believes that should ETH fail to emerge from under the $160 mark it will keep going down.

In $ETH, the break of 160 created real damage from a #Gann point of view.

There would have to be a massive rally to change the picture. #crypto #ethereum pic.twitter.com/nPIlj8ZgdS